skip to main | skip to sidebar

We spent Father's Day in NYC attending the Harry Potter Exhibit! Actually, the outing was a gift from my Father {aka, Pappy} to the Fif for her Birthday. I always appreciate these outing/gifts from Pappy because while the event itself is always great, the time spent together with my dad, his wife + my brothers is truly excellent. 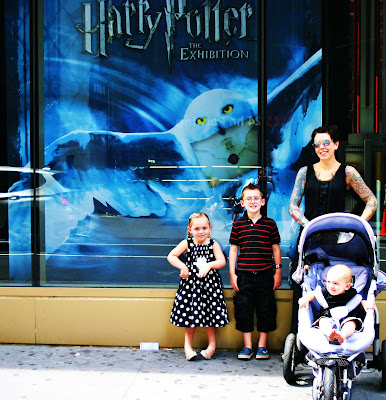 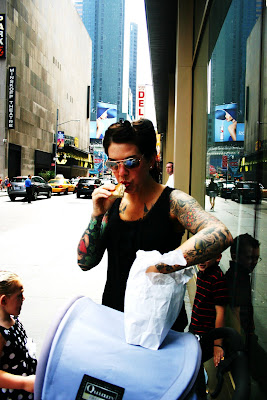 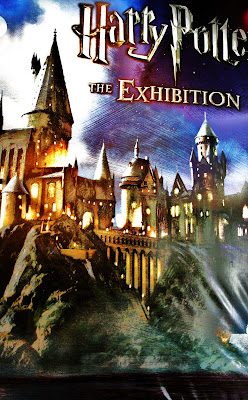 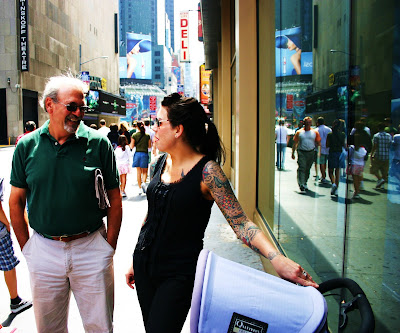 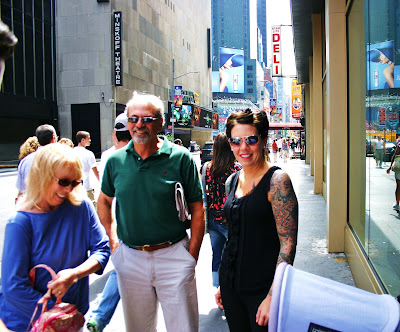 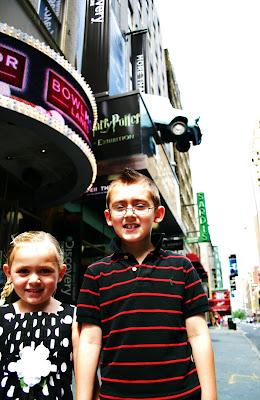 As a pretty {ahem, ridiculous} die hard Harry Potter fan, it seemed almost essential that I go to see the exhibit {which I believe will be in NYC until September, if you're interested in attending}. It was kind of surreal to be able to see all of the actual costumes + movie props that I know only too well from watching the Harry Potter movies again + again. However, being the good Harry Potter addict I am, enough is never enough! In spite of all of what WAS there from the movies, I was bummed to have not seen more on my favorite characters like Narcissa Malfoy {they did have her wand, my fav. wand by far}, Sirius Black + Bellatrix Lestrange {they had their Azkaban costumes, wands + clothes from Order of the Pheonix}...and ofcourse Severus Snape, *le sigh* {we did see his wand, costume + Potions Book from The Half-Blood Prince}. 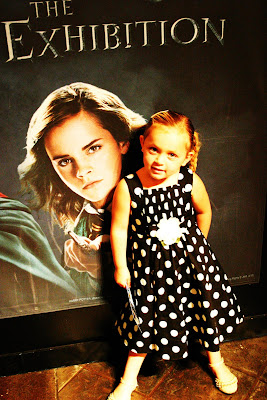 {Ahem, "Fifi-mione" as the Fif likes to be called...}
But really, the exhibit was truly amazing.... Not only were there tons of costumes + props spanning YEARS of filming, there were also entire pieces of sets on display, including one of my favs: Delores Umbridge's PINK office from The Order of the Pheonix. Yet I'd have to say that one of the biggest highlights of the exhibit were all of the creatures on display such as Fawkes the Pheonix, a Centaur, the head of the Hungarian Horntail, Mandrakes that the kiddos could actually pull from their pots and my ALL TIME favorite, Buckbeak the hippogriff {half bird/horse creature}. Spectacular! 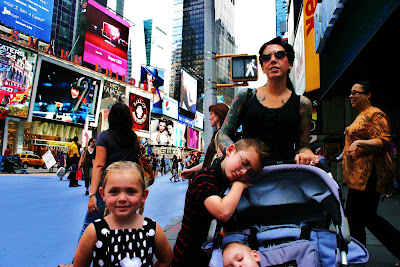 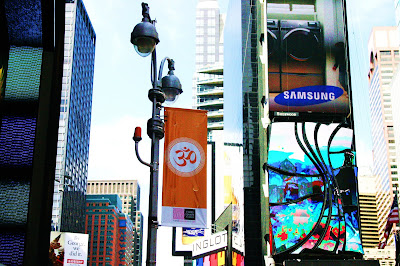 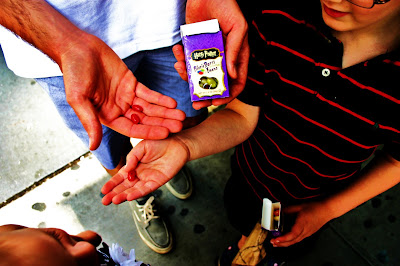 While my brother + the little Folk had "fun" eating Bertie Bott's Every Flavour Beans {in actual disgusting flavours like earwax, vomit, earthworm, rotten egg, sausage + dirt among more normal jelly bean flavours} and chocolate frogs, I was more than happy to enjoy a nice late lunch before heading home. It was such a great birthday gift for the Fif + a most excellent way to spend Father's Day! 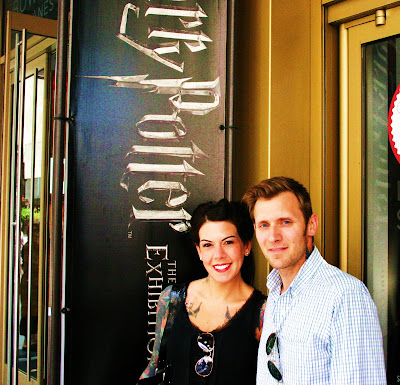 Oh, and if you are so inclined {+ are as much a Harry Potter fan as I am}, here is a fun online test to find out which House at Hogwarts you would be sorted into. My Mister is a Hufflepuff...and me...well, I wasn't surprised with which house I was sorted into, but maybe I'll let you guess anyway? Post me your guess + let me know where you were sorted, just for fun! 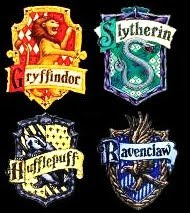 I would love to hear your thoughts...especially if they are nice! So post away friends, post away! 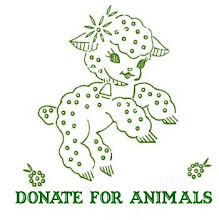 My thoughts on living... 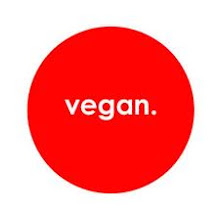 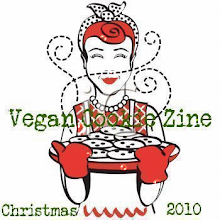 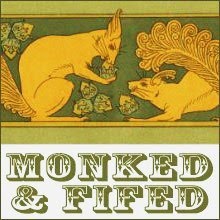 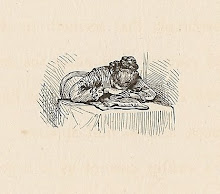 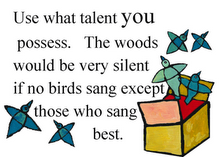 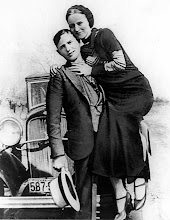 Please keep all of my photographs, art works and words here with me. I'd be overjoyed for you to download the Monked & Fifed button if you would like to link. Many thanks! 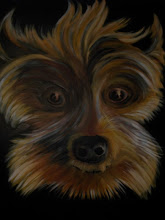 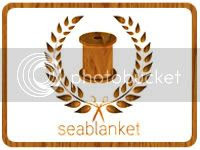 Welcome to my world, Monked & Fifed. I am so glad you've paid a visit! ~a.